Demand Energy Equality aim to contribute to a resilient and just energy transition by spreading energy literacy and practical energy skills, and increasing awareness of the need to fairly reduce energy consumption in global north countries to deal with climate change and resource availability. They work with communities, organisations and individuals to open up renewable energy to all – using fun, practical learning to spread knowledge, skills and confidence to engage in the future of energy.

Demand Energy Equality were granted £9,970 by Bristol Community Energy Fund in the first round. The grant was received to work with marginalised groups in Bristol and Demand Energy Equality worked with local community groups to deliver eight energy-themed workshops during the year. Six were delivered with Bristol Drugs Project, and one each with Henley School and Bristol Energy Network. In the workshops with Bristol Drugs Project, participants worked together to build solar panels. At the other workshops participants built their own mobile phone charging solar panel. All participants achieved a sense of achievement from doing so and gained the skills and knowledge to be able to build further solar panels. An estimated sixty-three people directly benefited from the project. 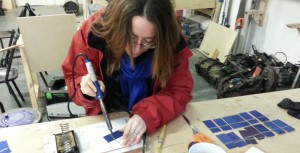 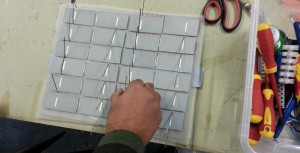 Bristol Drugs Project (BDP) works to reduce alcohol and drug-related harm, with over 4,000 individuals a year benefiting from their services. Three workshops were run with BDP in July, with the final workshop installing the panels made by the participants at Windmill Hill City Farm, to power a ventilation system on a storage shed. Eight people took part in each workshop. Installing the panels enabled the participants to provide a community resource and a sense of connection and with the wider community, an aspect many recovering drug users lack within their lives. Three more workshops were run with BDP at the end of the year with five participants in each workshop.

“There was a particular guy who really took to the workshop and was incredibly enthusiastic. In his own words this was because he had a long standing interest in solar panels and “hadn’t had the opportunity to learn practical skills in a long time”, he also identified that he “would love to share these skills and build panels with a local growing project he was involved with”. We are currently looking to enable him to become a workshop facilitator”.

The Bristol Energy Network workshop brought together a range of individuals working in different community energy groups who had an appetite to deliver similar workshops within their respective community groups, twelve people attended this workshop, with each participant taking away their own mobile phone charging panel. The participants also learnt how to deliver this workshop to their wider community, empowering them to support others.

The Henley School workshop was delivered to twelve fourteen year olds, each building their own mobile phone charging solar panel.

This grant enabled Demand Energy Equality to bridge a gap in a period of time where they had run out of funding. Since receiving the BCEF grant, they have received core funding from another funder to expand their reach, which means they will continue to deliver workshops around the country – including Bristol. They will also be looking for funding to expand their delivery of workshops within Bristol.