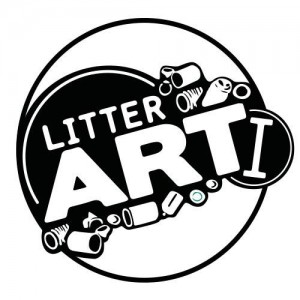 LitterARTI is a non-profit organisation tackling environmental and social issues through creativity and the arts. They work to enable and inspire active involvement through consultancy, creative workshops, and awareness events including exhibitions and publicly engaged art, working in partnership with schools, youth and community groups, local authorities and corporate sector.

LitterARTI received a grant of £2,000 in the first round of Bristol Community Energy Fund. The funding was granted to enable an energy-themed community art project to take place as part of a Halloween event at Hillfields Hub. Hillfields is in the north-east of the city. According to 2015 figures, 21% of people in Hillfields are income deprived; East Hillfields is also amongst the 10% most deprived areas in England for Multiple Deprivation. Around 150 people benefited from the project.

LitterARTI developed three different creative activities for young people to participate in; a multi-media strategy game using a thermal camera, light painting with a slow release camera setting and a mad scientist / physicist performance. The setting of the activity was in a UV lit dark room. They engaged with young people and other users of Hillfields Hub over a week, offering creative workshops during their sessions. Groups included Creative Youth Network’s youth club, WECIL, which is run by and for disabled people and the Hillfields Young Mum’s group. It was important to be adaptable to the context and dynamics of different groups, thus each session was different from others.

“We were offering creative and engaging sessions with young people from a deprived area in Bristol. Through teamwork, and coming up with fun creations, being submerged in an eerie and interesting space, they were encouraged to explore their relationship with energy”.

One session was run with a group of four teenagers. During the session they were able to have good conversations about creativity and energy which was spurred by the engagement during the session. By giving them a different experience and being able to connect with them through a medium – technology and creatively through the digital film medium – they started opening up. Annali added:

“One girl told us she had been interested in photography and did some training in college, but was kicked out for her aggressive bullying behaviour. We were able to have some heartfelt conversations about the energetic quality of these outbursts and how she could learn to channel it like all energy into more productive outputs – she admitted that she loved writing poetry too so a little spark was ignited in her”.

LitterARTI also supported Hillfields Community Trust to plan and promote their Halloween event for the year through graphic design and printing of posters, and social media. During the Halloween event LitterARTI ran an “Illuminate” activity room which was powered by pedal power bikes, offering activities to participants on the evening. There was also an information table outside the “Illuminate” activity room with information leaflets about energy saving as and Bristol Energy.

As well as learning about energy, people taking part in the project were exposed to new techniques, and also technology through the use of the heat sensitive camera, which was part of the strategic game LitterARTI devised. People also had the opportunity to express themselves with light painting and also painting with UV reflective paint in a dark room.

The project was mostly promoted as a fun, rather than educational, activity to more easily engage young people who had not yet been introduced to energy issues. However, the products developed are also ready to be applied to be more educational in a more formal session, such as at schools. Educational leaflets were also left with the centre, and have discussed with Bristol Energy Network ideas to engage further with users in the future. Careful consideration was also given on how to engage those who might have resistances to Halloween celebrations. Through the project LitterARTI also learned about ways of exploring new technologies and how to combine them and how to communicate energy messaging through people’s experience rather than them being told.

LitterARTI are still involved with the Hillfield Hub management team and are looking for further funding to support work with this group. The feedback frOm all the groups were positive and they wanted sessions to continue. LitterARTI would like to explore more avenues of combining the information with the content, so that all the tools can become educational creative tools. They are also in talks with sustainability educators to look at opportunities to further develop this product.