CHEESE Project received £10,000 from the Bristol Community Energy Fund. The funds were used to employ a part-time coordinator, provide training and accreditation of surveyors and to produce a training video. The grant also supported data collection, analysis and energy monitoring equipment. The project benefited 129 people, and has engaged and partnered with many local organisations through Bristol Energy Network, such as Re-Work (based in Knowle West), Ambition Lawrence Weston and Bishopston Redland and Cotham.

This was the second phase of the pilot, during which CHEESE carried out fifty-six internal surveys, including three community buildings, as well as twenty free surveys for low-income households. The results, in behaviour change and people making energy efficiency improvements to their homes (retrofitting), were extremely encouraging, demonstrating that the project effectively tackles the serious problem of excessive domestic energy consumption as well as aiding those in fuel poverty to have more comfortable and healthy homes. 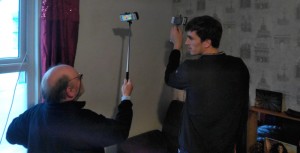 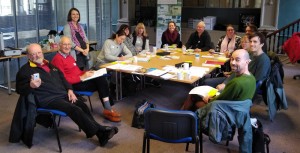 The typical reaction to an internal thermal-imaging survey is that it is ‘revelatory’ of energy loss. Follow-up surveys of forty-nine surveyed households, after 1-3 months, confirmed that 73% had already carried out low-cost (under £250) improvements to reduce energy-loss; while 94% of these plan to carry out further retrofitting, often claiming that the surveys encouraged them to do more.

Beyond these figures, it is noticeable that a large number of separate remedial actions have been taken by different households. This demonstrates the value of surveys specific to homes. Few homes are alike when it comes to tackling wasted energy. That is why CHEESE surveys are so effective.

A Bristol City Council tenant, who is disabled and had their home surveyed said:

“I’m so happy with what you did, you should do it for everyone, especially when people are buying houses”

He went on to say that the experience of seeing the thermal images was “mind boggling”, “it says it all”, “it opens your eyes to everything”. The tenant had lived in the house for 15 years but didn’t know about any of the faults until he had the survey.

The project also included development and refinement of:

CHEESE plan to continue surveys in the coming winter season, training more surveyors and expanding the number of homes surveyed. Funds raised through charging for surveys (for those who can afford to pay) will enable them to continue development, profile-raising, and recruitment of homes to be surveyed through the summer and autumn. They will also be applying for further funding.